Home Getting to Know: Don Birdwell

Getting to Know: Don Birdwell 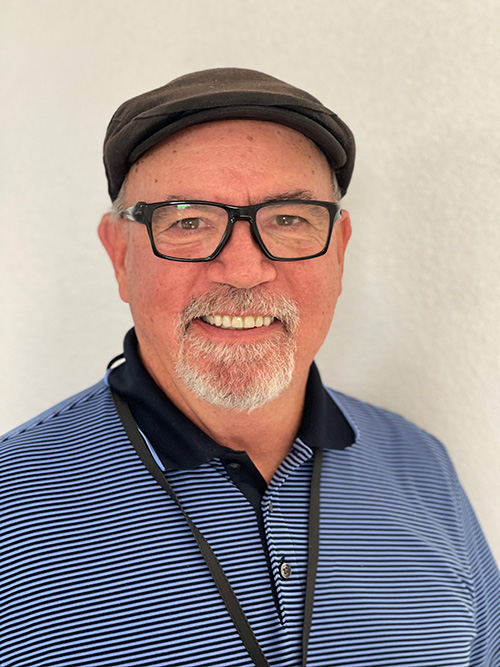 Everybody needs a plumber. And in 2009, Bakersfield College found itself in need.

That’s how Don Birdwell, a certified plumber since age 22, came to work at the campus and eventually landed in his current role as Building Facilities Manager for the Kern Community College District.

One of the first projects he tackled was rebuilding the men’s and women’s locker rooms, which Birdwell recalled “were pouring water” when he was hired. That and a number of other projects he completed brought the campus plumbing systems up to a new level and earned him an award in his first year on the job by then-president Greg Chamberlain for overall outstanding work on campus.

A few years later around 2013, Birdwell embarked on a major project replacing every toilet on the Panorama campus. The water-saving upgrade was done in partnership with California Water Service Company which provided a grant to pay for the project.

BC president at the time Sonya Christian wrote on her blog in August 2013: “This is a huge undertaking, with scheduling challenges and retro-fitting needed in some areas. When complete, it is estimated the college will save $77,000 in water costs and save a staggering 38.5 million gallons of water annually. The job is expected to be complete by the end of 2013. Bakersfield College strives to effectively contribute to the water conservation effort, so critical to the Bakersfield community.”

“BC is like running a small city,” Birdwell said recently recalling his time at the campus, which included being promoted to Maintenance and Operations Manager in 2015. “Some towns don’t have any many people as we do at BC,” Birdwell said.

Indeed, the Panorama campus covers slightly more than 150 acres and has about 35 buildings.

But Birdwell was used to working on large projects. Before coming to BC, he had run his own plumbing company, worked as a project manager for a large plumbing outfit and was a plumber at Kern Medical Center. At one point, he and his crew installed the plumbing for 187 new duplexes being built at Naval Air Station Lemoore in 12 months.

In 2017 Birdwell took his current position as the Kern Community College District’s Building Facilities Manager where he is in charge of the Weill Center in downtown Bakersfield where the district offices are located.

Birdwell followed his father into the plumbing profession after graduating from North High School. His family, which includes 13 brothers and sister, was from Texas but moved to Bakersfield when he was 13.

Birdwell is married, has three adult children and nine grandchildren. He and his family lived in Bakersfield for many years but several years ago they moved to a 20-acre ranch in Twin Oaks, about 40 miles east of Bakersfield. He and his wife along with his youngest daughter and three of his grandchildren live in homes on the ranch, which has cows and chickens and soon a horse (which Birdwell has promised to his six-year-old granddaughter). He recently renovated the kitchen in his home and is building a new barn on the property.

Birdwell is Vice President of the Caliente Educational Foundational which raises money to support  the K-8 grade Piute Mountain School, where his grandchildren attend school. The Foundation was recently able to take ownership of a building located in the community which was owned by the county in part because the well wasn’t working properly and Birdwell was able to fix it.

Birdwell said he has enjoyed working for BC, because of the people who are like family.

He was especially happy to be working again under Sonya Christian when she became chancellor in July.

He said she brought a new energy to the downtown location and that he shares her enthusiasm for making things happen.

"She’s a go getter. And if we’re going to do something, I like to make it happen so we work well together.”