Home Getting to Know: Cathi Jacob

Getting to Know: Cathi Jacob 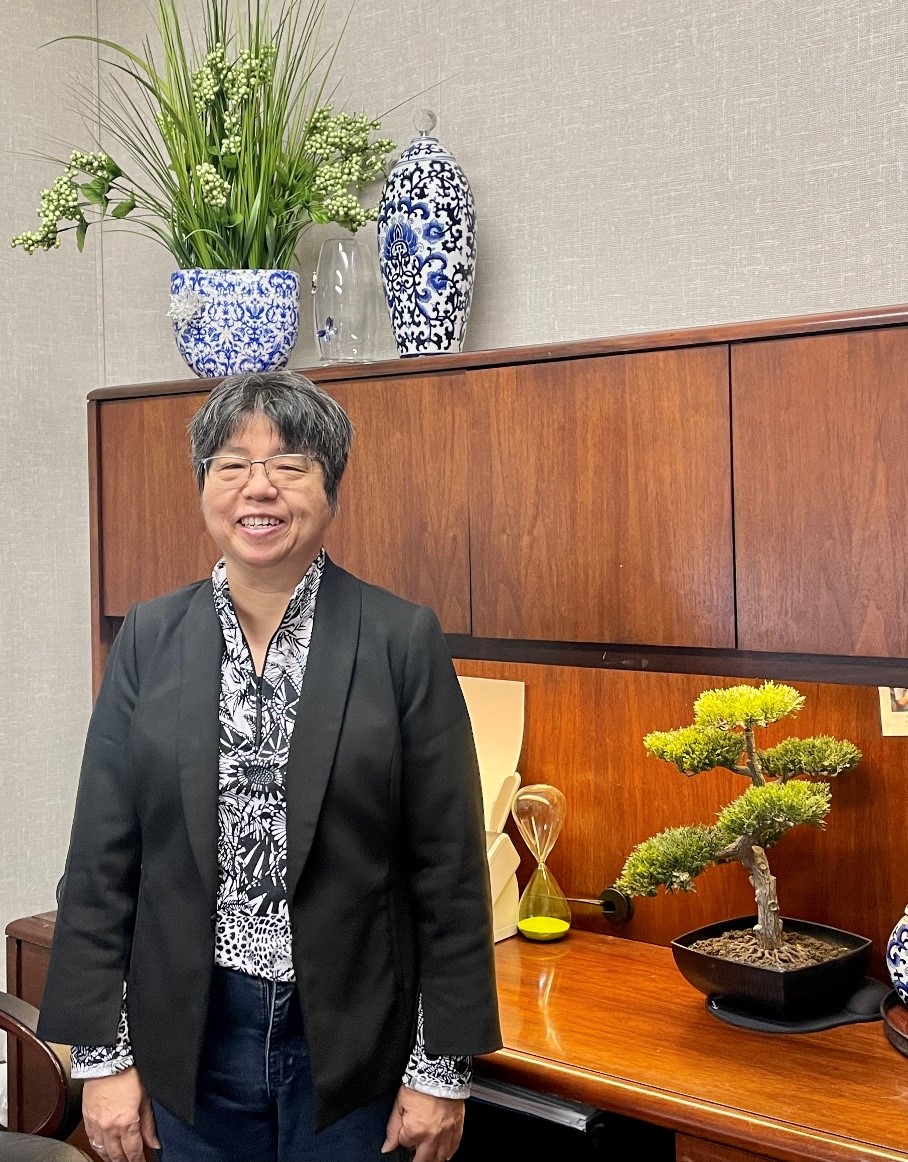 A mere 56 cents provided Cathi Jacob with an invaluable professional lesson early in her career.

Jacob, a 21-year employee of the Kern Community College District, is an accounting manager in the district’s finance office. In fiscal year 2020-21, she oversaw reporting for 187 grants and restricted funding accounts that totaled $57 million. As the district’s grant funding has increased in recent years -- last year grant funding it increased 20 percent over the previous year -- Jacob’s role ensuring every dollar is accounted for and reported accurately has taken on increasing importance.

That’s where the 56 cents comes in.

“The Department of Labor was adamant that this was going to be a problem and we needed to cut her a check for 56 cents,” Jacob said. “Funding agencies can be that specific.”

Jacob knew printing the check would cost more than 56 cents so she struck and deal and was able to deduct the amount from the next report.

Jacob cites the experience as an example of the meticulous attention to detail required when it comes to managing grants.

It can be a challenge for her staff and the grant program managers, Jacob admits. But she insists on it because audit findings become part of an institution’s record, like a ding on a person’s credit history.

“I tell my team, I want our reports to go out audit proof. It helps us get more grants. Especially if we’re neck and neck with another school district,” Jacob said.

Jacob is a proud BC alumna, veteran and mother to a 26-year-old daughter who is a UCLA graduate.

Jacob graduated from South High with plans to enter the military, but her U.S. Army job had a waitlist so she attended BC for a year on scholarship. She came out of the military as a computer programmer and went straight to work. After working several years and being laid off, she was determined to go back to BC and complete her education in business administration as quickly as possible.

Early on a professor flagged her for carrying too many credits. The instructor didn’t think Jacob could handle the heavy class load and wanted her to drop the class. But Jacob made an offer.

“If I can ace your first test, can I stay on?” she asked.

MESA program director Consuelo Gonzalez can vouch for Jacob’s high standards. She has worked closely with Jacob in her 18 years.

“Sometimes I'll have a question about how I can spend funds and she’ll tell me, ‘Think about if it was your wallet, would you be doing this? Be efficient, make the most impact,’” Gonzalez said.

Years ago, Gonzalez decided to invite Jacob to a MESA award ceremony so even those behind the scenes could see the impact the grants had on students.

Jacob said the experience was revelatory. She said she was blown away hearing the guest speaker, an alumnus of MESA, talk about working for Google.

“We put numbers together and gather documentation and send it off. But at these events, you actually see how you’re impacting the students,” she said.

It was so important that when she became a manager, she insisted her staff attended events where they could see their impact.

"That’s the main mission, to help students succeed, right?” Jacob said. “That’s what it boils down to. We have a mission.”

Favorite downtown lunch spot: It changes but currently its Taco Bros. (She recommends the pizzadilla.)

Favorite movie: Every Christmas my daughter and I watch "It’s a Wonderful Life."

Hero: I really admire everything my daughter has done. She’s the pride of my life. She’s been through some tough things, and she’s gotten through them.