Home Getting to Know: Amaurys Fermin

Getting to Know: Amaurys Fermin

Hired in July, he relocated to Porterville and came into the job with just three returning players from the previous season. He set out to recruit a full team. He didn’t have time to hire assistant coaches. And he started his first semester teaching kinesiology at PC after earning his master’s degree in May.

Any one of those challenges would be reason enough to expect a slow build up to his team’s success on the court. But that hasn’t been the case.

The Pirates have charged through the season racking up enough wins to head to the playoffs for the first time since 2003. And the feathers in their cap don’t end there.

The team is on an eight-game win streak and currently ranked 15th in the state coaches Top 30 poll. Recently, they swept Fresno City College, coached by the former PC men’s head coach Rob Haynes, a first for PC since 2001. In the first game of the season, they toppled Allan Hancock College, where Fermin was head assistant coach for the past five years.

“It’s been a fun, bumpy, enjoyable ride,” said the 34-year-old Fermin. “And at the right time, we’re getting hot.” 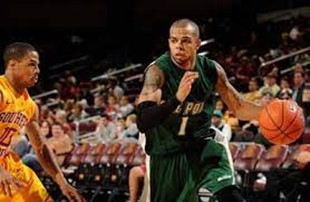 Fermin’s family moved from the Dominican Republic to New York City when he was 9. As a young kid he fell in love with basketball at a Boys and Girls Club in the Bronx neighborhood where his family settled. In high school, he played all four years on the varsity team. His senior year, the team won the state championship and Fermin was named New York City high school player of the year.

He played for community college teams before receiving a full scholarship to play for Cal Poly San Luis Obispo, where his team racked up the school’s winningest record ever and beat Fresno State for the first time in 50 years. Fermin then went on to play for the Dominican Republic national team, leading them to a gold medal in the 2012 Centrobasket tournament featuring national teams from Central America and the Caribbean. He played throughout Europe for several years afterward.

For someone who grew up in New York City, went to college in San Luis Obispo and lived for a time in Greece, Porterville is perhaps an unlikely destination. But Fermin credits his immigrant background for giving him the instinct to know a good opportunity when it's staring him in the face. And that’s exactly what he saw in Porterville: the chance to rebuild a basketball program that had strong roots. 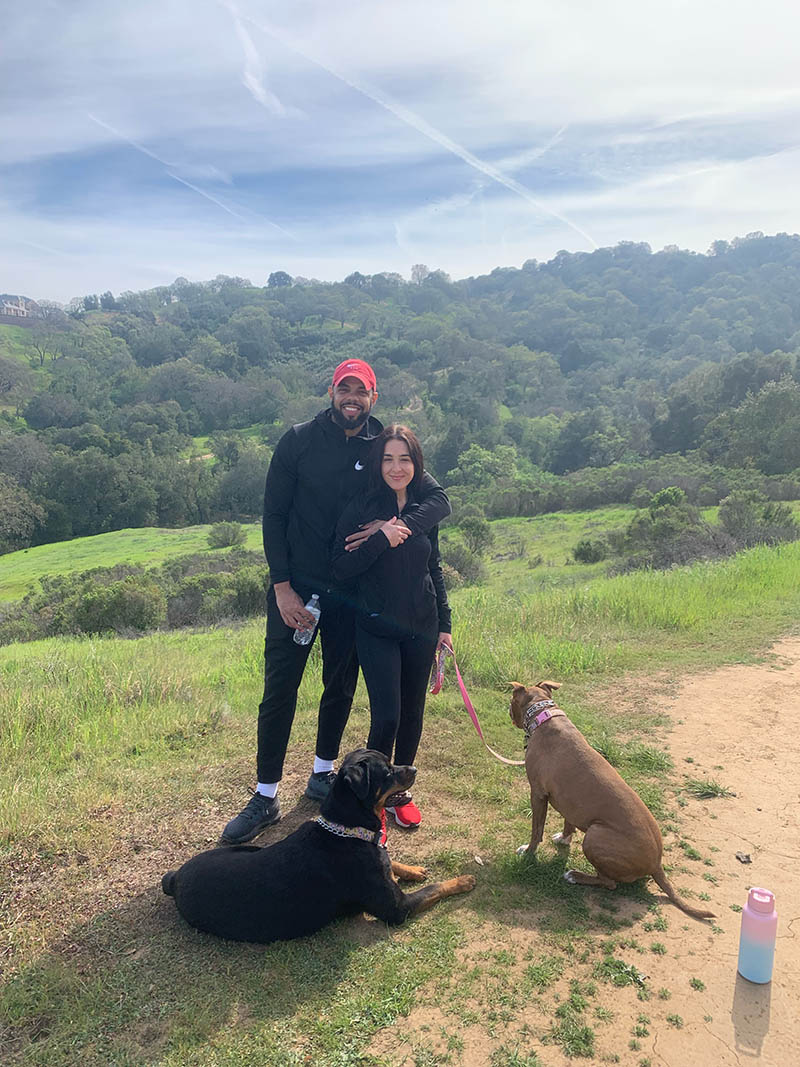 "When the opportunity came about, I believed the city of Porterville and the college would be a perfect fit for him. He is the perfect person to lead a town with such a strong basketball history," said Fermin's girlfriend Angie Johnson, who was born in Mexico but grew up in Bakersfield. “I told him, if anyone could turn it around it’s going to be you.”

The couple, both native Spanish-speakers, also like the diversity of the area.

Fermin jokes that Johnson is his No.1 assistant, a reference to the fact that there was no time for him to hire assistant coaches this season. Johnson, a photographer, shoots photos and videos of the players, posts highlights to social media and helps spread the word about the team.

That’s important to players, Fermin said, both for their careers (many hope to continue playing at a four-year college) and so their family back home can see them in action.

Wins are a big deal, but a lot of the talk around Fermin has to do with the culture he’s created for his team.

"He's a high-level coach and he continues to impress but especially the culture he's developing,” said PC Athletic Director Joseph Cascio. “All the players are academically successful, model citizens on campus and they happen to be winning so it all work.”

Asked about the secret to his team’s success, Fermin points to his coaching philosophy: to build a team of players with “great character, good academics, (who are) zero maintenance off the floor and are hard workers.”

That’s due in part to Fermin’s recruiting prowess, with connections that span the country and go back to his hometown in New York City but also include the local basketball clubs he coaches for and helps run.

PC men’s team is composed of 10 freshman and two sophomores with several local players and some from New York, Florida and Texas.

Cascio points out that coaches spend more time with student athlete’s than they spend with their families so he looks to hire those who can be a role model and a mentor.

“Dribbling and shooting pales in comparison to the type of human these athletes are going to be. (Fermin) really took that to heart,” Cascio said. “These young men, they are ambassadors for the school wherever they go. They proudly display the Porterville logo out in the community. They take pride in what they're doing.”

And so do we! Go Pirates! 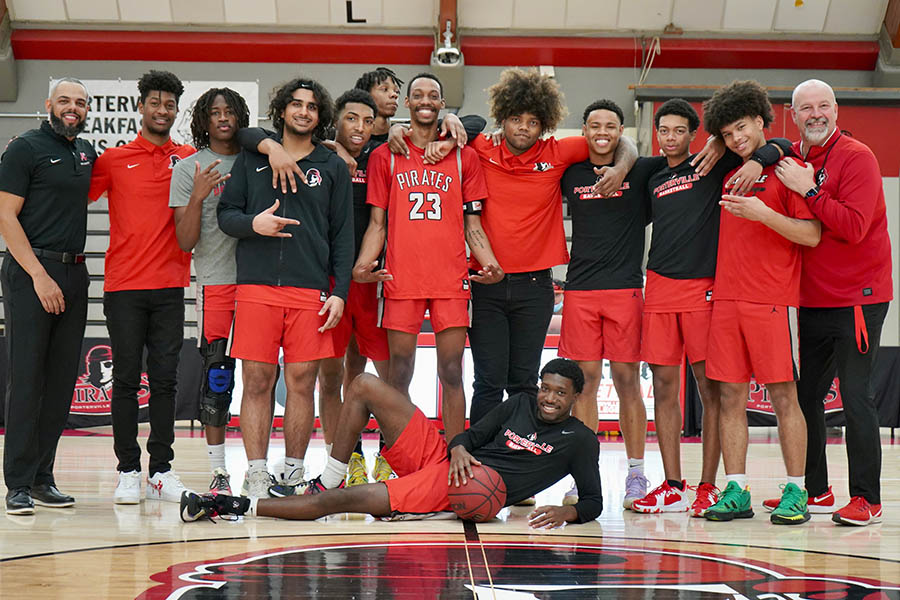 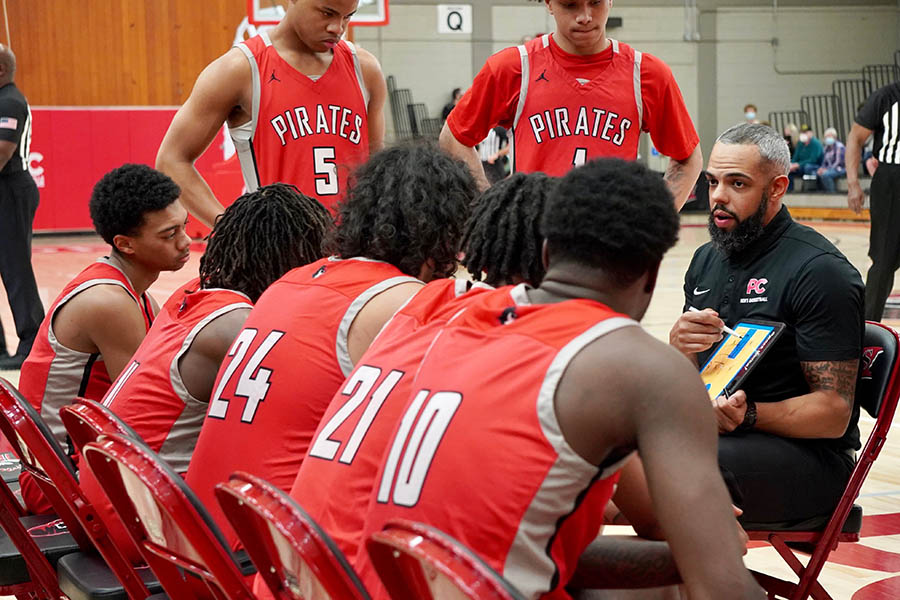